Skip to content
HomeNo Glove Left Behind: A Cure for Retirement Blues

(I originally titled this piece “Retirement Sucks,’ but a careful reader, the education wonk Joe Williams, sent a note using the phrase “No Glove Left Behind,’ and I have shamelessly stolen it from him….because it’s far more clever than my effort.)

To be completely honest, I’ve been at loose ends ever since retiring from the PBS NewsHour a few years ago.  Reporting about public education gave me a sense of purpose, and suddenly that was gone.  I tried my hand at business, hoping to finally make some decent money, but, sadly, my college admissions consulting business went belly-up, I was no longer serving on the Board of Directors of Pearson, whose board I had joined in hopes of reforming that controversial organization from within, and I couldn’t interest a publisher in the book I wanted to write, “101 Reasons Manhattan’s Upper East Side is NYC’s Most Exciting Place to Live.”

Basically, I had nothing but time…and nothing to do.  So I spent hours every day on long meandering walks, trying to come up with an activity that would give my live a real sense of purpose.   One day in early December, it clicked.  Everywhere I looked, or so it seemed, I saw a lost glove or a misplaced mitten. It happened so often that I finally decided to do something about it. 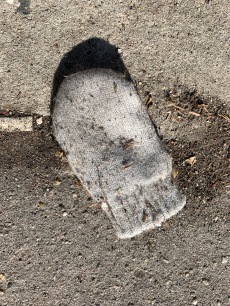 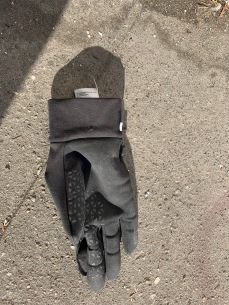 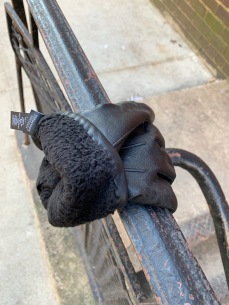 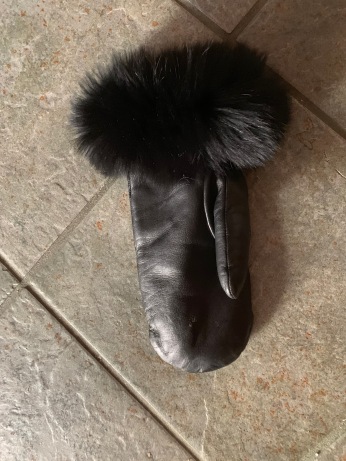 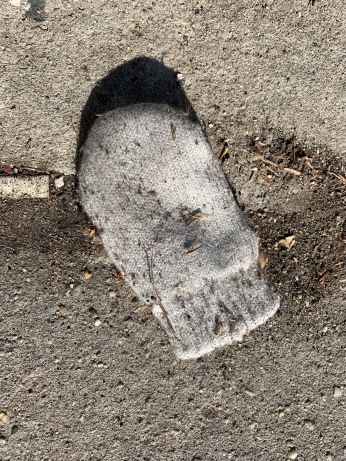 I began picking them up, taking them home, cleaning them, and putting them in a pile in our second bedroom.  Because I got so focused on searching for strays, I walked into lampposts and more than a few pedestrians.  But the thrill of the hunt was worth a few bumps.

I enlisted my wife and a few friends and neighbors, and before long we had more than 100 mismatched gloves and mittens, the stash pretty much taking over our second bedroom.

You might think that collecting lost gloves is a fool’s errand.  I disagree.  The needy receive coats and hats from Operation Warm and One Warm Coat.  SolefulCaring and Shoes for the Homeless provide winter boots for the needy, but no one has been paying attention to their hands.  We could fill that niche and meet that need!

I suggested calling our effort “gLOVEs” or maybe “Mitten Smitten,” but those names didn’t fly with my family.  Then a grandchild who’s been helping out composed this haiku:

searching for a mate. Please help

And her last line struck a chord, and that’s how our organization to collect, clean, match, and donate gloves and mittens got its name, WARM HANDS. 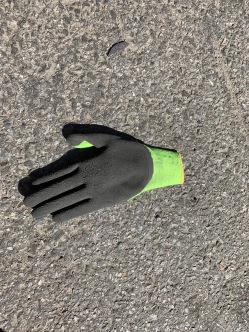 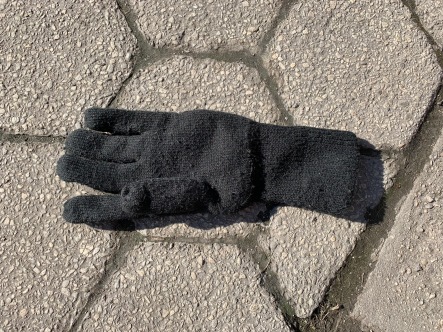 My son, a computer whiz, is building a data base and an app that will allow us to make easy matches. 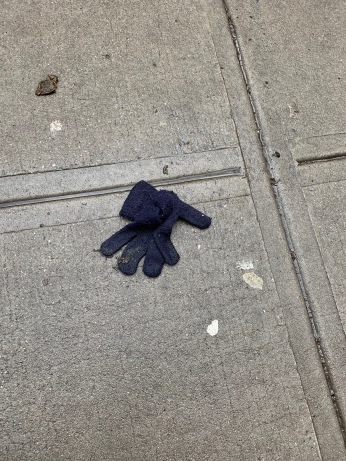 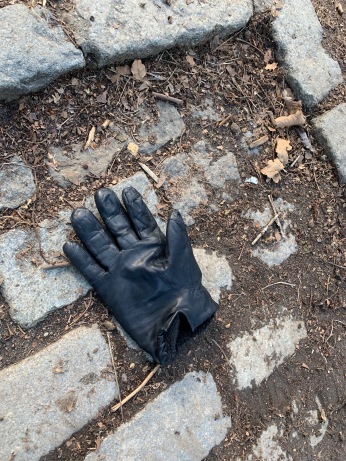 Matching gloves turned out to be more difficult than I had imagined.  The two (one left, one right) have to be the same color, type, and size.  And in pretty much the same condition.

Gloves and mittens are actually pretty interesting.  Turns out that until fairly recently most of those sold here in the United States were made in China or somewhere else in Asia, but there’s been a resurgence, and most gloves sold here in America are also made in America.  That was a pleasant surprise.  Glove factories can be found on Native American reservations, in Orthodox and Amish communities, and in several state prisons.  Not sure where this fancy suede driving glove was made, but it’s a beauty.

Much of what I learned about gloves and mittens came from the glovemakers trade association, Making American Gloves Again.  I have a connection to the organization and am hoping that it will endorse WARM HANDS.  While I don’t know its President, a Mr. José Loff, personally, my sister-in-law has a second cousin who lives just four or five blocks from Mr. Loff and has seen him walking his dog.  I hope that connection will be enough to get an endorsement from Mr. Loff’s organization, MAGA. 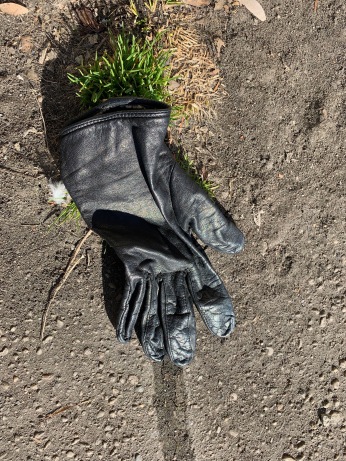 By the way, that fancy suede driving glove turned out to be our first matched pair.  I found the first one near our apartment, and three or four days later my wife came across its mate not far from where I found the first.  We’re surmising that the owner either dropped both the same day or perhaps came back to search for #1, failed to find it, and threw away #2. 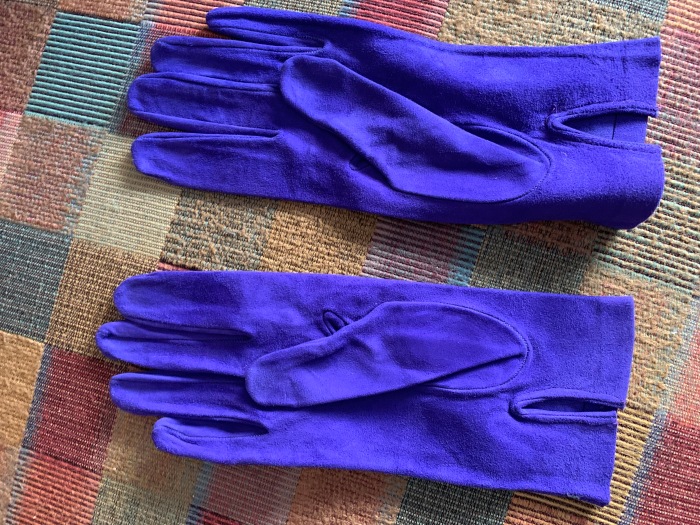 It’s now April, and I am pleased to report that we have donated three dozen pairs of clean gloves and mittens to a homeless shelter not far from our home in New York City.

WARM HANDS helps in another important way.  It’s an antidote to despair. If you are feeling powerless in an age when Presidential lying and Congressional cowardice are rampant, WARM HANDS will restore your sense of purpose!  You are significant, you are making a difference, you are saving the world, one glove at a time!

Right we’re delivering clean pairs of gloves and mittens to needy organizations here in New York City, but–if this takes off–I see no reason why we cannot help needy people in Chicago, Indianapolis, Lincoln, Nebraska, and elsewhere.  I came across these two yesterday morning, the last day of March, but I think that has to be the end, for now, because glove/mitten weather is a thing of the past here in New York City. 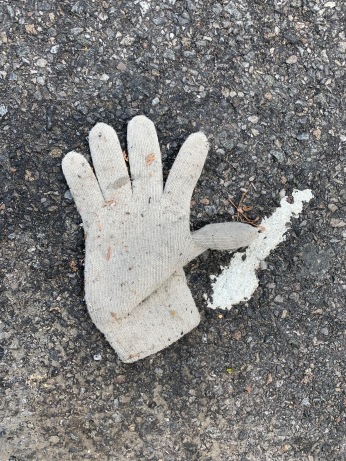 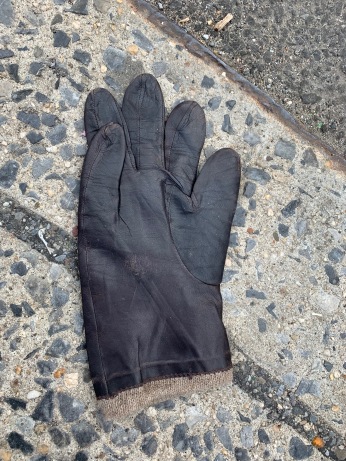 To be honest, I still miss reporting on Betsy DeVos.  However, I am continuing to work on  my book for tourists, tentatively called “The 101 Most Exciting Things to Do and See on the Upper East Side of Manhattan.”  I could use some help with the list because so far I have found only six or seven.

Thank you, and bless you…..

14 thoughts on “No Glove Left Behind: A Cure for Retirement Blues”